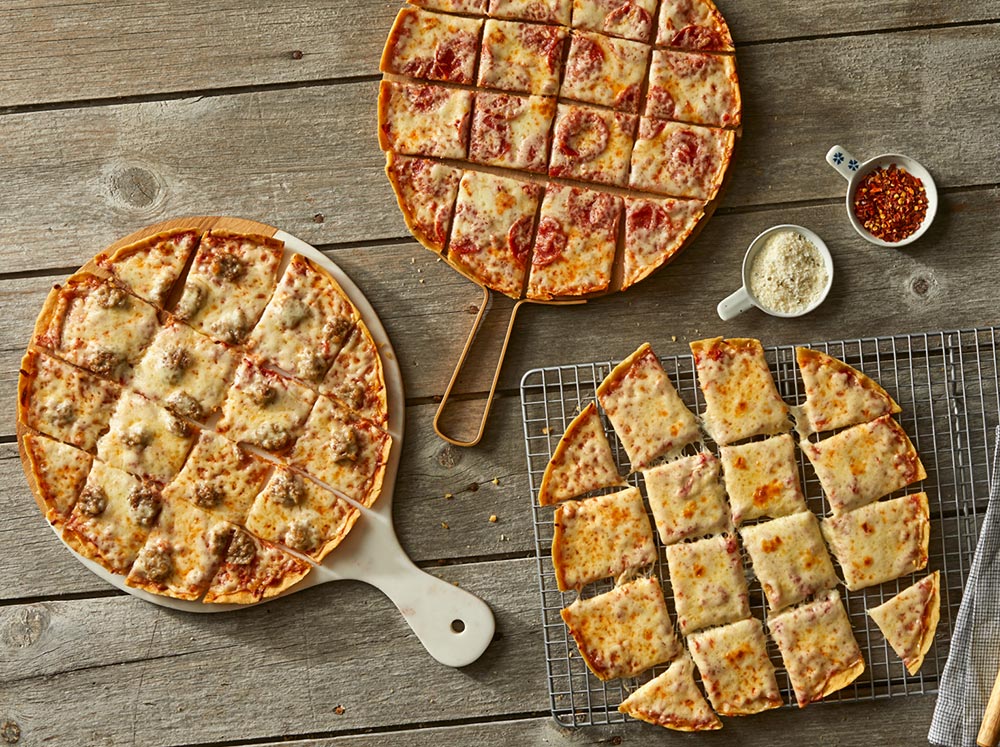 Lou Malnati's is an institution when it comes to legendary deep dish. But we've been dishing up the Windy City's other quintessential pizza style - Chicago Thin Crust - for decades. Featuring our famously buttery and crispy crust, signature tomato sauce, and edge-to-edge toppings under melty Wisconsin cheese, it's perfect for your next pizza night.

AVAILABLE IN CHEESE, SAUSAGE, OR PEPPERONI. 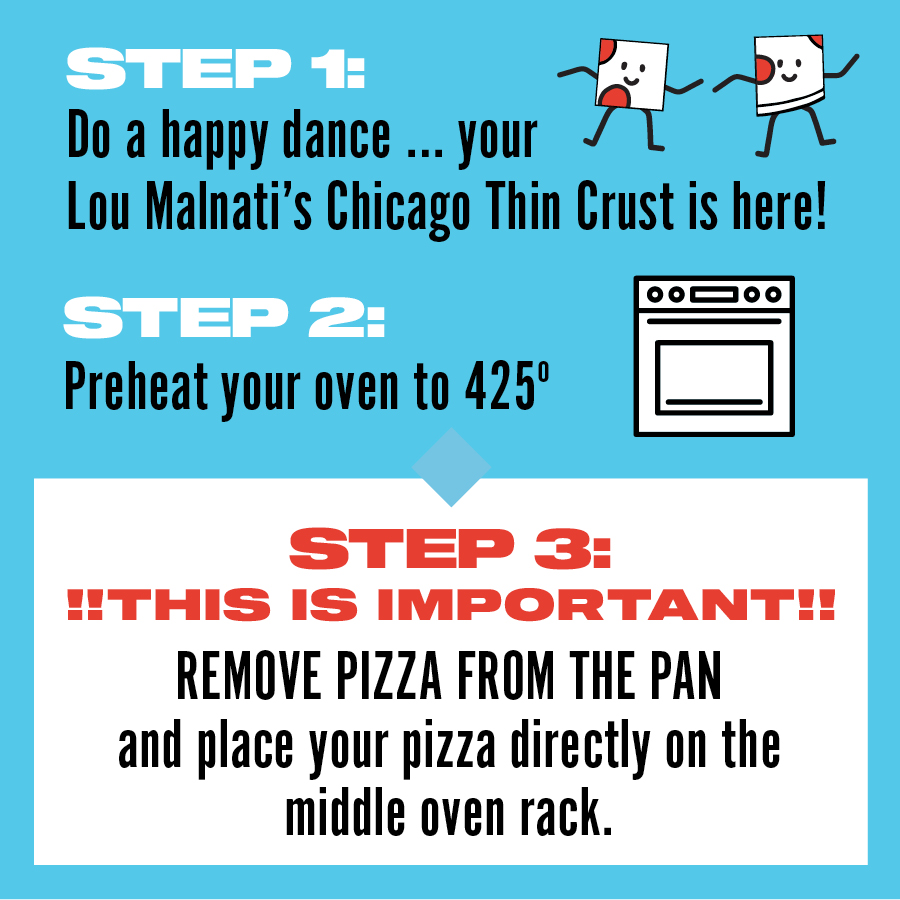 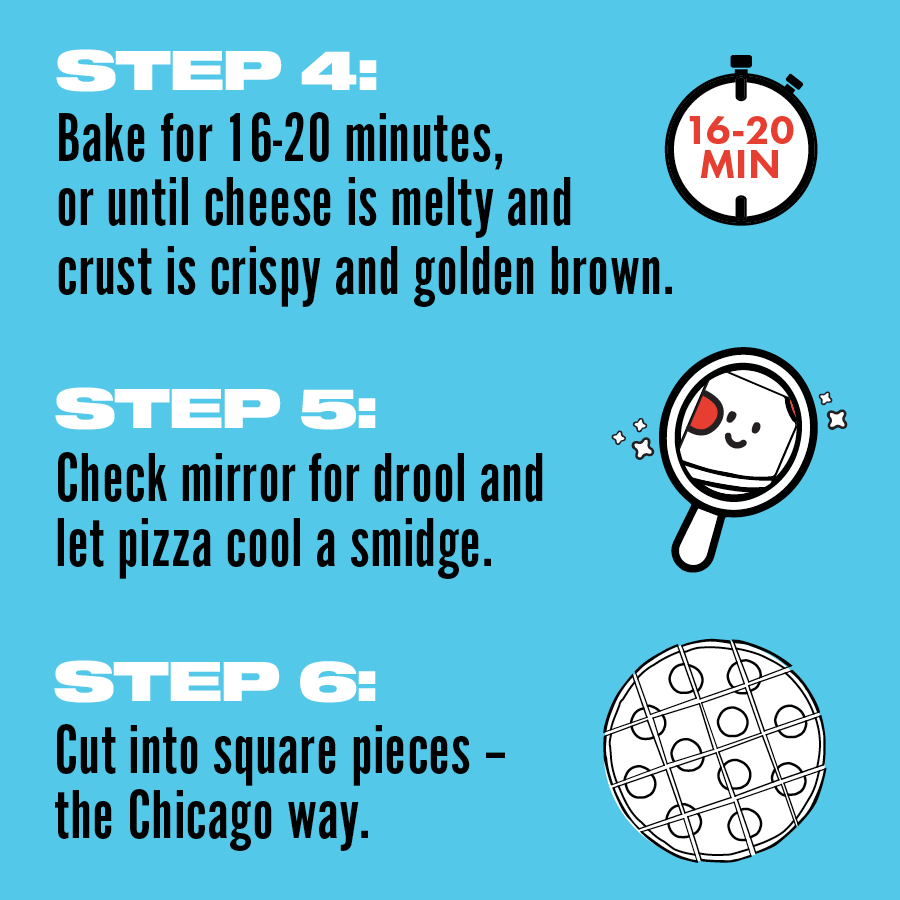 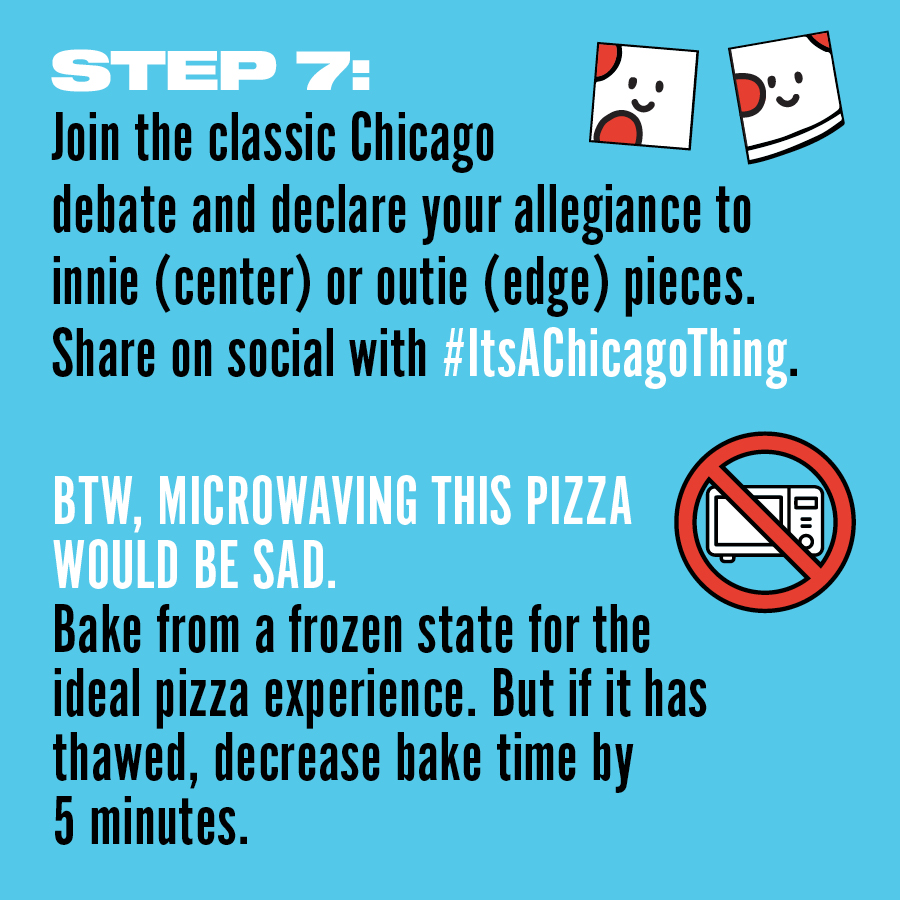 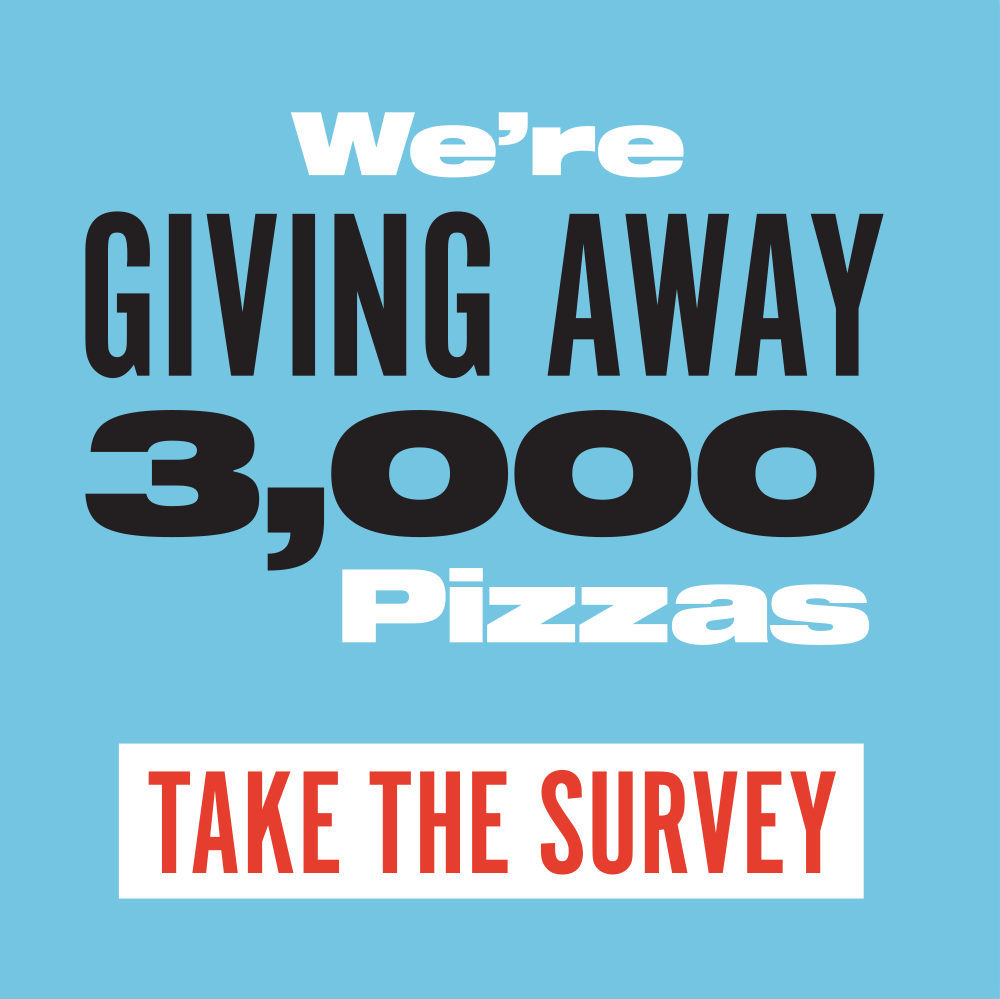 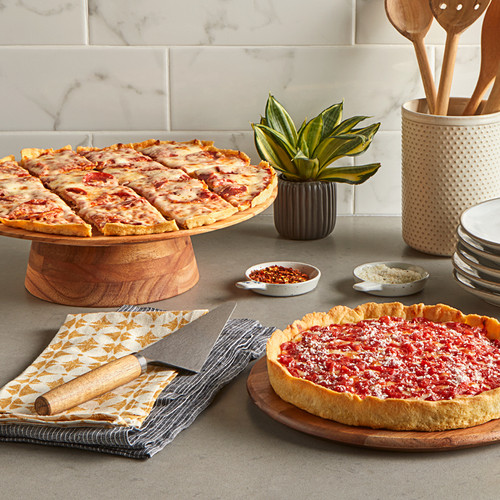 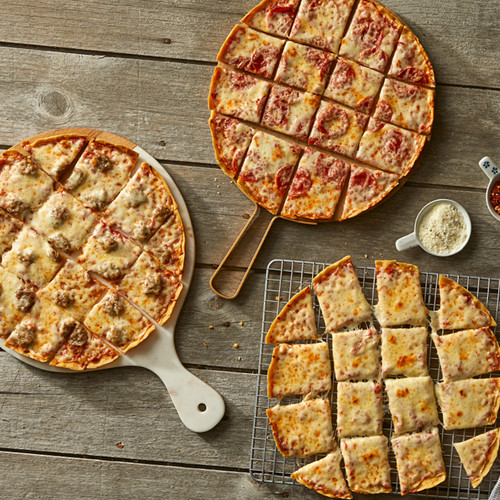 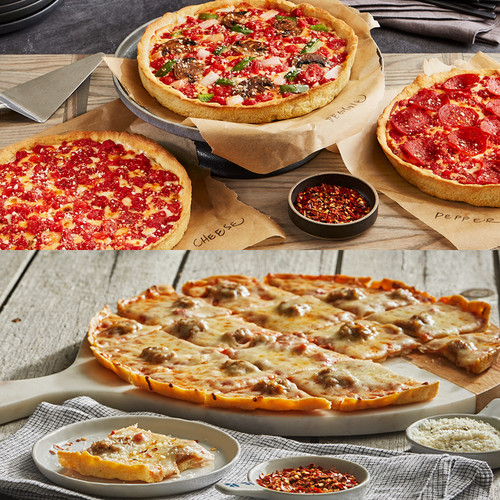 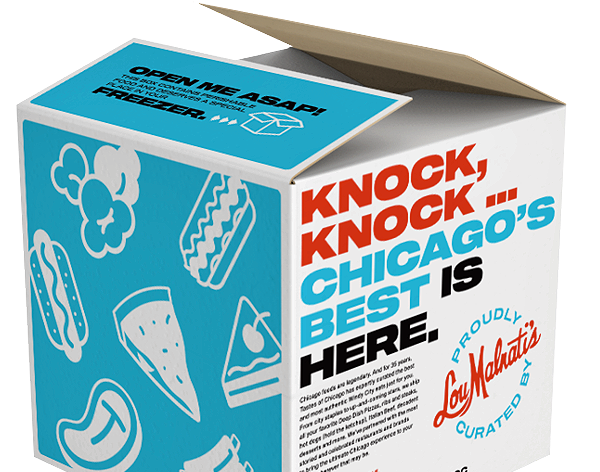 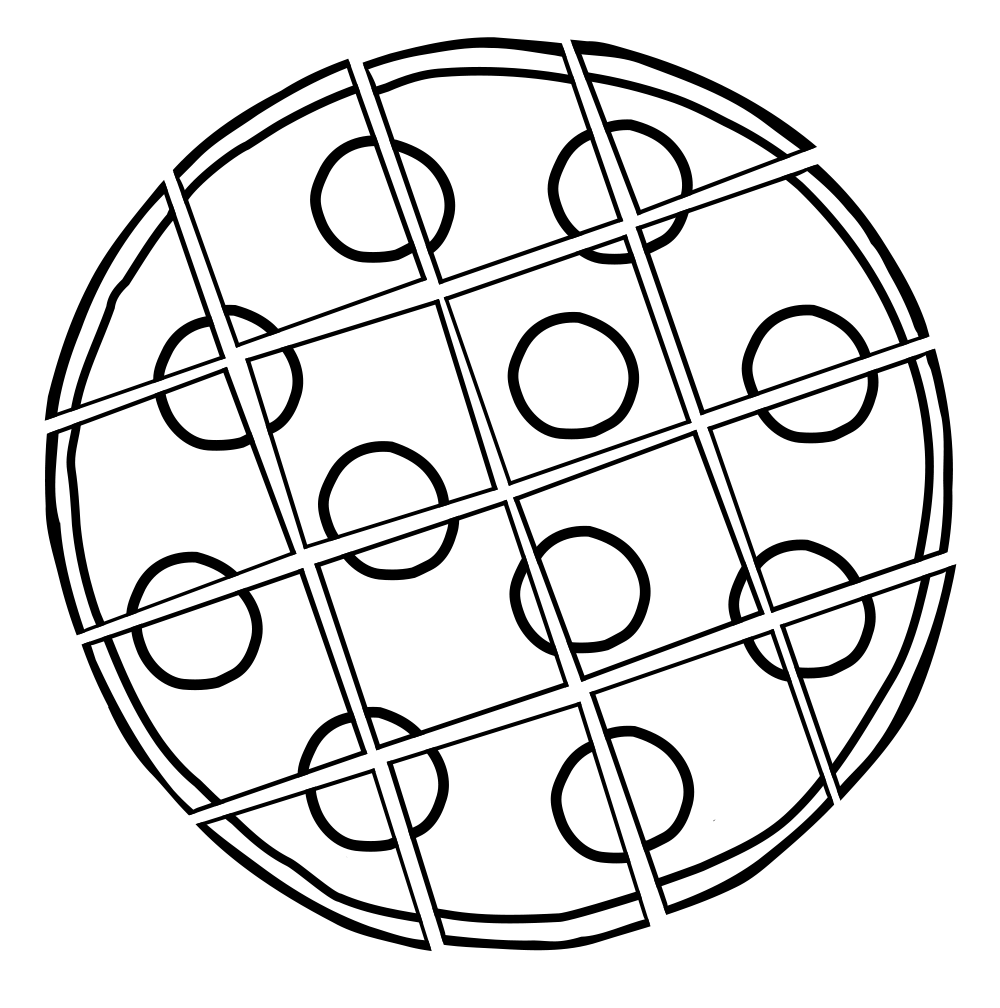 What size are the thin crust pizzas?

Lou Malnati's Chicago Thin Crust pizzas are 11-inch pizzas and serve approximately two people. Or if you like a challenge, they could also serve one person each. We aren’t here to judge!

Does thin crust cook the same as deep dish?

The process for cooking up a perfect Lou's Chicago Thin Crust pizza at home is different from how you would cook a deep dish pizza. The label spells it out for you, but here's a summary below. (Hint: take the pizza out of the pan!)

Pro tip: Let the pizza cool a smidge. The roof of your mouth will thank you later.
What's the best way to cut a thin crust pizza?

Chicago-style thin crust pizzas are traditionally cut in squares. Cut your pizza the Chicago way and decide for yourself, are you an innie or an outie? AKA do you prefer the topping-forward middle (“innie”) pieces, or crusty (“outie”) edges? Take our survey while you're at it!

Can you get thin crust at Lou's restaurants?

For sure! Lou Malnati's may be known for legendary deep dish, but we've been dishing up Chicago's other quintessential pizza - Chicago Thin - for 30+ years.

In the Lou Malnati's history books, the deep dish came first, but thin crust was a welcome addition to the menu, added more than 30 years ago!

Are you going to offer more varieties of thin crust pizza?

We've started with cheese, sausage, and pepperoni varieties, but you never know what the Lou's Chicago Thin Crust future holds… 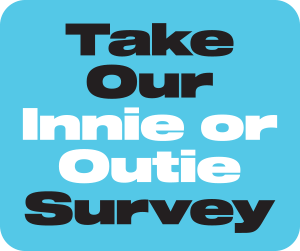 Are you an INNIE or an OUTIE?

Other Stuff
You Should Know!